The UMMC Auto Museum has the biggest collection of retro cars, motorcycles and bicycles in Russia. 130 years of national and foreign auto history are exhibited in the 4-storey building in the space of 12,000 sq.m. This museum started out as a collection of civil vehicles within the UMMC Military Museum's exhibit. Since April 27, 2016 Auto museum had been operating on a temporary site, in one of the buildings of "Uralelectromed" factory. Later, on May 8, 2018 it was moved into new exhibit center that was built specially. 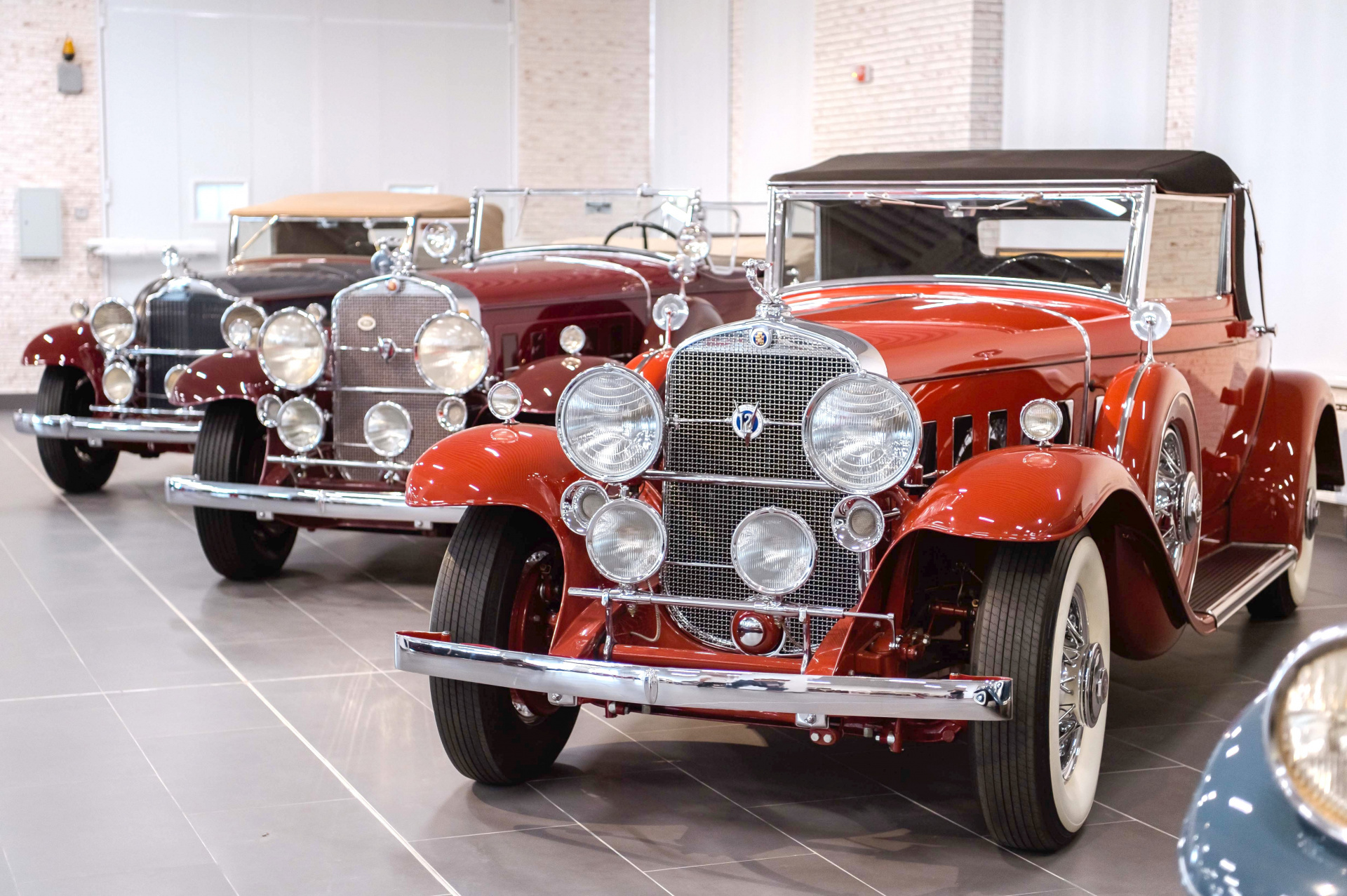 The collection itself is very unique, it includes more than 160 cars and almost the same number of motorcycles and bicycles. The first floor of the exhibit center is dedicated fully to the cars from the late 19th to the early 20th centuries. Exposition starts with a replica of the very first car created by Karl Benz. Later in continues with a wide variety of cars, from miniature light vuaturettes, as small cars were once called, to the most luxurious high class automobiles. Collection also includes true masterpieces of the auto engineering. Among them, the Rolls-Royce 40/50 HP “Silver Ghost” - a model that created a reputation and laid the foundation for the legendary English brand and Delaunay-Belleville, the brand that was preferred by the tsar Nicholas II. The exhibit also includes a collection of chic American cars from the late 1920s to 1930s, a period that is considered the golden age on American auto construction and design. It was then that some of the most luxurious, incredibly powerful and technically sophisticated for their era cars were created, such as the Cadillac V-12 and V-16, Packard, Pierce-Arrow, Auburn, etc. 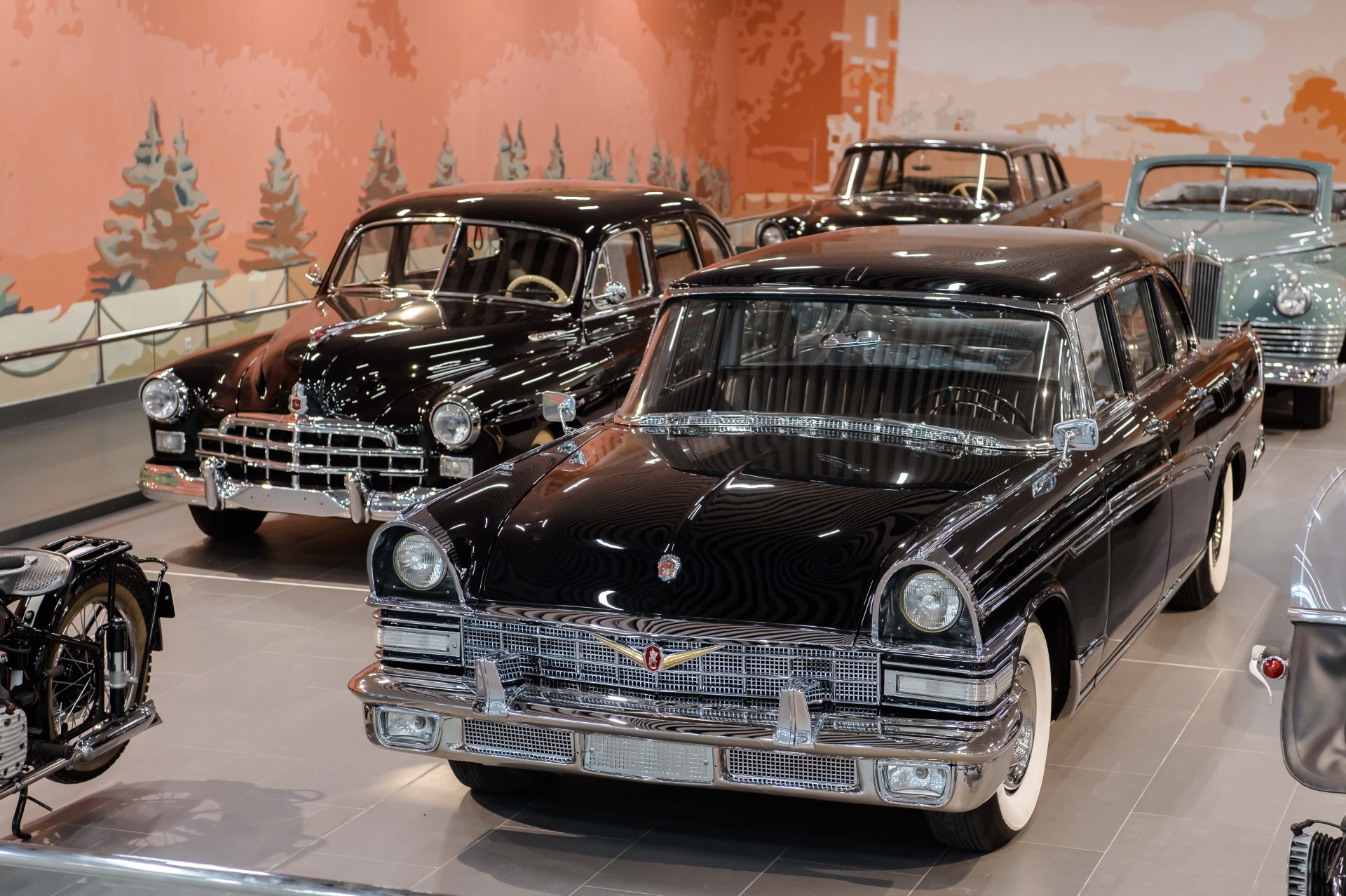 The second and third floors of the museum are dedicated to the history of the national automobile industry, starting from the early 1930s and the first large-scale car manufacturing on the Gorky Automobile Plant to the end of the 20th century. Also included are many small-scale and experimental models. The centrepiece of the exhibit is the collection of high-class soviet cars. There are four zones with cars of the several USSR leaders starting from the 1930s to the beginning of the 1990s, including armored vehicles for the leader of the state, motorcade vehicles of various modifications and escort motorcycles. This collection is unique, all cars and motorcycles are very valuable, there are even few truly rare pieces. For example the ZIS-110P all-wheel drive phaeton was created in a single copy in 1956 for N. Khrushchev. Some of the models in the collection were manufactured with the total count of less than a dozen cars.

The fourth floor is dedicated to motorcycles and sports vehicles. Here exhibit includes the collection of motorcycles from the beginning of the 20th century, including the legendary Harley-Davidson and Indian, as well as the first ever produced motorcycle with a 4-cylinder engine FN Four and other models. A large collection of Soviet motorcycles includes very rare pre-war IZH-7, NATI-A-750 and TIZ-4. The sports section of the exposition includes motorcycles for different competitions, Soviet racing cars "Estonia" and other vehicles.